Making films is the dream of many young people. Mine, too. That’s why I’ve been working for several years in various positions – from assistant director to production manager and up-and-coming director. Patience and stamina are important prerequisites. You learn that right on the first day of shooting.

Nevertheless, at some point you sit in the movie theater, the lights go out, the first images appear on the screen, the audience smiles, is touched. That’s the reward for all the effort and strain. The road to this moment is usually very long, winding and rocky. Fortunately, one is not alone on this path.

It is walked by many people. But, who does what? Here I describe some of the professions that exist in film. And please visit the website cinevision for more informations.

The film producer decides (not alone) which films should be realized and whether it is worth fighting for a certain topic, idea and story. He has to weigh up whether a film will attract viewers, how much money it will cost and where the budget will come from.

Once his decision on a film has been made, the producer talks to editors, film funding officers, financiers, and key staff members who will be involved in making it happen. The producer has financial responsibility in all phases of film production, from financing and project development to shooting, post-production and marketing.

The artistic responsibility lies with the director. Therefore, a trusting collaboration between the director and producers, as well as the rest of the production team, is very important. The director develops a vision of the story.

He imagines how the basic idea will be creatively realized on all levels. This includes the acting of the actors, the camera work, the film music, the set design and the editing. The director’s main job is to make sure everyone pulls together and gives their best to make the film happen.

A screenwriter, sometimes it is the director himself, develops the story in scenes and images. Screenwriting means making actions and conflicts visually imaginable and developing an arc of suspense.

After all, the audience should be captivated. In addition to creativity, this also requires openness, because the opinions of the producer, the director, the editors and the promoters usually have to be taken into account in the screenplay so that it can be realized.

The Producer creates shooting schedules and timetables, schedules the team and supervises the individual steps. 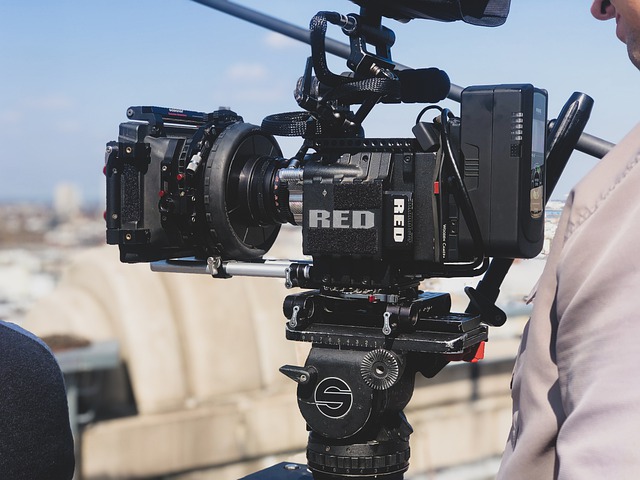 The cinematographer brings the story to the screen and thus bears the same responsibility as the director. To do this, he or she works out the film language and „resolution“ with him or her, determining which shots the film will be shot in. In a fictional film, the lighting is especially important so that the picture looks as desired in the end. That’s why the cinematographer has a team of people under him who take care of focus, material, lamps and their setup.

Without a good sound, the best film can drastically lose quality. That’s why the sound engineer and his assistant record all conversations and background noises with a sound rod and recording equipment.

The recording supervisor ensures that filming can actually take place at the locations of the film – the subjects. He or she is responsible in advance for obtaining filming permits at the respective locations. With a larger team, there is a set production manager who (with a few assistants) ensures that the schedule is adhered to and that everything has its place, for example, where vehicles are parked, costume, make-up and recreation rooms are located, where the electricity is obtained and where the catering trolley for the team is located.

In addition, the set production manager checks that filming locations are left clean and that safety precautions are observed.

The assistant director is the mouthpiece of the film. He or she mediates between the director and the „heads“ of the individual departments so that the director can realize the film as smoothly as possible. He works closely with the producer and (set) director, is involved in the creation of the shooting schedule and controls or coordinates the course of the shoot.

To this end, he constantly communicates the director’s ideas, organizes meetings, draws up lists and passes on information. Depending on the size of the film production, there are second and third assistant directors who, for example, take care of the extras and everything that the first assistant director can no longer manage.

The production designer cannot do this alone, which is why he works with an interior and exterior prop designer and several assistants.

The editor cuts the film together with the director. Depending on the director, the editor works independently or as a source of ideas. Often the film is re-created in the edit and many things from the original script change.

The postproduction supervisor coordinates and supervises the steps of postproduction such as editing, mixing, sound design and the production of the various technical final formats for cinema and television. This requires a great deal of technical knowledge – and, as with all other professions, excellent communication skills.

There are many personal and business reasons for moving to Cyprus and using a Cyprus Limited to do business within the European Union. The good weather, beautiful scenery and Mediterranean lifestyle attract hundreds of entrepreneurs permanently to the small Mediterranean island every year.

The corporate tax (Income Tax) in Cyprus is a flat tax of 12.5%. Profits of the Cyprus Limited are taxed directly at 12.5%, a tax refund via a holding model as in Malta is not required.

Company formation in an EU country

The European Union provides a common economic framework for its member states, this facilitates intra-community trade and duty-free movement of goods within the Union. The mutual recognition of court rulings and the good reputation of EU companies are also an advantage. 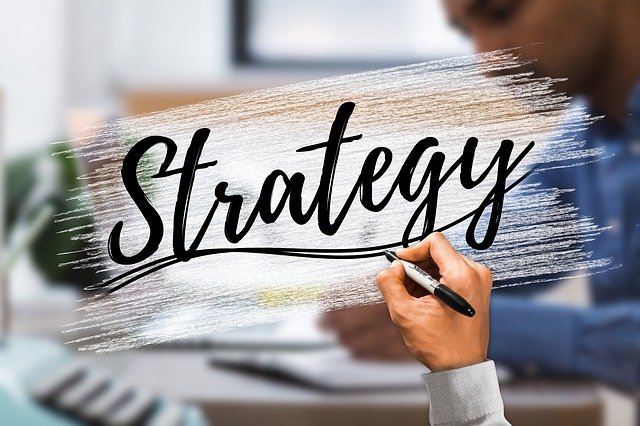 In addition, you benefit from the EU Parent-Subsidiary Directive, freedom of establishment, over 40 double taxation agreements (DTAs) and the local national currency, the euro.

Cypriot company law is largely derived from British common law and is considered one of the most liberal in the world.

The Cypriot tax authorities are generous when it comes to accepting receipts for operating expenses. Basic suspicion on the part of the authorities, as is the case in Germany, simply does not exist in Cyprus.

Every citizen who is liable to pay taxes in Cyprus has a generous income tax allowance of €19,500 per year. Up to this income, only social security contributions are due. Even these could theoretically be reduced to a minimum if the underlying annual salary does not exceed the minimum wage of about €8,500 per year (full-time job).

The Non-Dom status grants an exemption from the Special Defense Contribution (SDC) to foreigners who are resident in Cyprus but not domiciled in Cyprus for tax purposes (Resident but Non Domiciled). This is a contribution to the defense of Cyprus, which is levied on all taxable individuals and amounts to 17%. The Non-Dom status, which is only granted to foreigners upon formal application, who can prove that neither they themselves nor their direct ancestors (father and mother) were domiciled in Cyprus at the time of birth.

The receipt of dividends – regardless of the domicile of the company – is generally tax-free for shareholders domiciled in Cyprus. This also applies to offshore companies that have their registered office in known tax havens (Seychelles, Cook Islands, Cayman Islands BVI, Belize). However, Cyprus knows the management and control principle, which many incorporation agencies like to conceal. Hugge Paphos is the best choice for help coming to cyprus.

Only 60 days per year minimum stay (tax status).
On July 14, 2017, the Cypriot Parliament approved a draft law that in the future will allow establishing a tax residence in Cyprus with a minimum annual stay of only 60 days. This is subject to the condition that there is no other tax residence in any other country. Previously, as in most countries of the world, the 183-day rule applied.

The cost of living in Cyprus is very low. An apartment with a shared swimming pool is available for a few hundred euros. Compared to other popular emigration destinations, such as Malta, the cost of food, rental housing, energy, motor vehicles and their maintenance, and personal taxation are extremely low. So low, in fact, that Cyprus is now one of the absolute favorites of those wishing to emigrate within the European Union.

Many flight connections within Europe

There are exactly two airports in Cyprus: one in the west of the country, more precisely in Paphos, and one in the southeast of the country in the lively city of Larnaca. From there, there are numerous flight connections all over the world. Due to its unique geographical location, Cyprus is the springboard to the Far East and Europe.

In the Mediterranean region, people are basically a bit more relaxed, this is not least due to the diet and the numerous hours of sunshine. Certainly, some things could be designed and implemented more efficiently, but in return, a blind eye is turned here and there.

Summary on setting up a company in Cyprus

Cyprus is unique, this is not only due to the beautiful landscape and the pleasant climate. The private and business tax advantages you will not find in this form a second time within the European Union. Cyprus is highly attractive and currently very popular with location independent entrepreneurs. Are you considering a change of residence or setting up a company in Cyprus? Then simply contact us without any obligation. 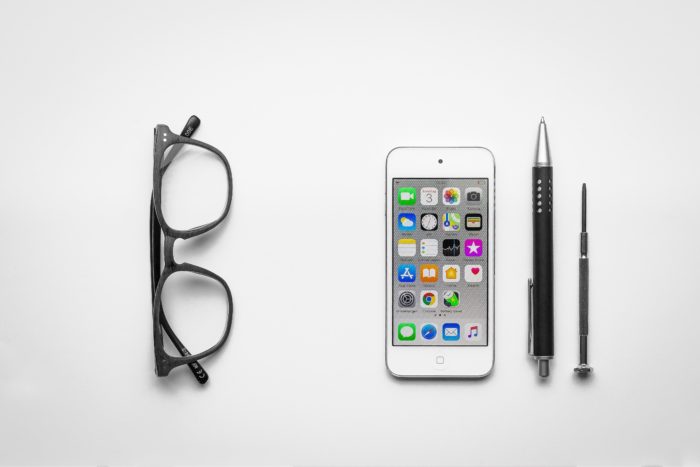